Express your opinion through an article, editorial, comment or a web pointer to an interesting site and submit it to us at: chiflow@earthlink.net
We do not have a blog or a discussion board at chiflow.com... We will try to foster conversations in other ways. Write us an e-mail. If it is a general question that might help other people it can end up on this site (without your real name) in the questions and answer pages, the quarterly newsletter or on some other page. This approach precludes many of the flamethrower wars that dominate discussion boards. (If your kung fu teacher is great for you, wonderful... but no teacher is right for everyone. If you want to engage in trash talk, then there are enough other places on the web that already do that. The odds are that a lot of the usual questions can be handled through private e-mail correspondence.)

The practice of Neijia kungfu is often linked to scholarship. At first, this seems a bit strange for a martial art. It is almost perverse when you consider than many of the most famous practitioners were illiterate. But the association makes sense in a lot of ways. No one has convinced me that they have a firm grasp of when and how the practice of these "soft" Chinese martial arts began and there is an aspect to the art that will probably always be a combination of anthropology and historical detective work. (I think that some form of the progenitor of this family of martial arts predates the creation of Chen style Taijiquan and probably any recognizable practice of Hsing I Chuan.) A significant point of departure for the modern practice of Tai Chi Chuan was the discovery of the text by the Wu family about the time that Yang Luchan taught them Chen style Taijiquan: it seems hard to overestimate the impact of this discovery. Beyond this, there is arguably a component of all these arts that is built on a firm understanding of the Five Elements and/or the Eight Trigrams: at least for me, this is a mathematical understanding. Scholarship plays into many other aspects of these arts and I think that these arts also tend to appeal to people with a bent toward scholarship.

One highly recommended book is Andrea Falk's translation of Li Tianji's The Skill of Xingyiquan. This book is of use for anyone interested in Chinese internal martial arts. It is not the best known martial arts book. It is distributed in such a way that this is not the easiest book to find. It may be that the original book itself was written in a way that is somewhat uneven. (The reason for this is not completely clear, perhaps this book was developed partly from writings left by Li Tianji's father.) But Andrea Falk has done possibly her best translation of a great book on Chinese Internal martial arts. Skill of Xingyiquan has a perspective that is a bit different from many of the other martial art books we have seen in english. It is a book that should be in many more libraries than it is.

Wu Style Taichichuan Push Hands (Tui Shou) by Ma Yueh Liang translated by Zee Wen. This is another classic book in Wu style Taichichuan. It is not always easy to follow movement sequences like the Wu style push Hands practice methods from still photos. Chiflow.com is trying to use videos to supplement and help archive and preserve the forms and practice methods of great teachers. The Power Push Hands video is an effort by indoor students Gerald A. Sharp and Zhou Zang Fang to create a permanent record of the Wu style push hands practice methods. It also can be used as a companion video to Ma Yueh Liang's Push Hands book. 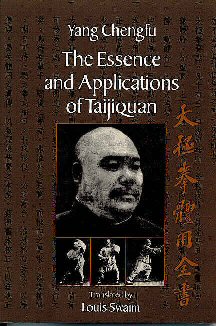 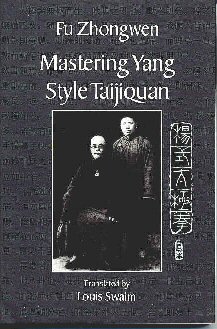 The Yearning K. Chen (A.K.A. Chen Kung or Chen Yen-lin) book T'ai Chi Ch'uan Tao Chien Kan San Shou Ho Lun (Dispersing-Hands Combined) has been translated by Stuart Olson as T'ai Chi Sensing Hands (Multi-Media Books, 1998) and it also is very good. It is always possible to find fault with translations but these efforts stand up very well to comparison with other translations.

Tai Chi Secrets of the Yang Style, by Yang Ban Hou and others, edited and translated by Yang, Jwing-Min