Image: Animated picture of an application of Xingyiquan 12 Animals Style - Alligator. This application is from the Jiang Rong Qiao system of Nei Jia kung fu, which includes Xingyiquan, Baguazhang and a version of Taijiquan.

Nei Jia (Internal Shape) Kung Fu is a term that has become associated with the grouping of Internal Chinese Martial Arts known more generally as: Baguazhang (Eight Diagrams Palm), Xingyiquan (Form and Will Boxing), and Taijiquan (Supreme Ultimate Fist). All three of these arts are known for their health maintenance properties and their sophisticated approach to self-defense that is generally characterized by seeking softness, patience and flexibility over hardness, speed and brute force. This approach is different from Wai (External) Jia Martial Arts, which are characterized by maximizing speed and force. A well-known example of Wai Jia kung fu is Shaolin (and the multitude of styles and variations that it includes). In this context, a person can practice Taijiquan, for example, and refer to them self as a practitioner of Nei Jia Kung Fu. Each of these arts is a complete martial arts system.

See the Applications page to survey a number of examples of martial applications from Baguazhang, Xingyiquan, and Taijiquan. We also have web pages that discuss various aspects of the Chinese internal martial arts on the www.chiflow.com web site. Related topics include Qi Gung (Chi Kung), a set of health exercises Lian Gong in 18 Forms (Liangong Shi Ba Fa) and a store site that carries a variety of resources we think are valuable.

The chiflow.com web site reflects my present practice focus on Jiang Rong Qiao's Nei Jia Quan (particularly Baguazhang and Xingyiquan) and Wu style Taijiquan. It is a personal choice. (For example, this is one of three styles of Xingyiquan I studied.) This emphasis is tied to the overall compatibility of these arts and experiences with particularly good teachers. The most influential teachers I had were Ma Yueh Liang and Wu Ying Hua, son-in-law and daughter of Wu Chian Chuan the founder of Wu style Taijiquan. I have found the underlying Taijiquan principals they taught can be directly applied to the internal (Nei Jia) kung fu system of Jiang Rong Qiao as taught by Zou Shuxian (Jiang Rong Qiao's adopted daughter) and Chen Jie Feng (who is outstanding in a number of ways including his encyclopedic knowledge of forms). 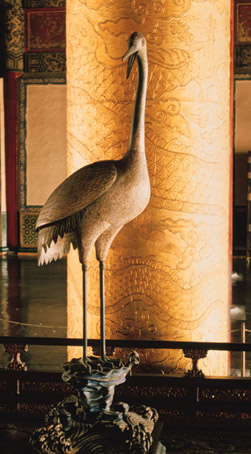 Examples of early Nei (Internal) Jia practice can be found in the developments that were made in Qigong. For example Qigong's guiding principle is harmony, classical Chinese philosophy such as Yin and Yang as its theoretical base, the use of will power as its fundamental means, a combination of motion and stillness as its form of expression, and mental, physical, and spiritual work as its goal. Qigong's roots are found in Daoyin which practiced quieting and focusing the mind in order to gather energy. This is as opposed to modern forms of exercise, which require both the display of one's strength and skill and consumption of energy.

Another form of early internal arts practice was called tuna (exhaling and inhaling), otherwise known as tiaoxi (regulating breath) or shiqi (absorbing qi). Early examples of tuna can be found in early records of Chinese philosophy.

In 1973, a painting was unearthed from a tomb of the Western Han Dynasty at Mawangdui near Changsha, capital of Hunan province. This picture vividly depicts Daoyin movements and the effects they would produce upon certain diseases. This demonstrates that fitness was obtained during that time through exercises utilized stretching, alternating motion and stillness, as well as quietness.

Legend has it that one of the promoters of Daoyin practice during the Han Dynasty (206 BC-22 AD) was a prominent physician known as Hua Tuo. Hua Tuo is credited with developing Wuqinxi (Five Animal Game) a set of exercises that imitated the postures and behavior of the tiger seizing, the deer stretching, the bear crawling, the monkey jumping, and the bird flying. Not much is known of Hua Tuo's practice, other than it said that he was primarily concerned with prevention of disease. The story goes that Hua Tuo became frustrated with constantly receiving patients often suffering from diseases or disorders very often in the terminal stages. Hua Tuo became sure the only way to cure disease was to avoid it, or prevent it, to begin with by using exercises that alternated motion with stillness, stretching, and quietness. The death of the youthful looking Hua Tuo is shrouded in mystery. However, it is said that he passed on the essence of his research and teachings to his disciples secretly and selectively.

Tales abound about the plight of Hua Tuo's surviving disciples, but usual story goes that they traveled to three different areas of China and created schools of martial arts in and around famous mountains: Wudang, Emei, and Song. Over time, these mountains would develop martial arts schools known as Kong Tong (Wudang Mountain), Kunlun (Emei Mountain), and Shaolin (Song Mountain) respectively. These various "mountain" schools would develop certain characteristics that still are recognizable in and around these geographical areas to this day.